Jordan gets Jack Dalton Award for her work at Spencer-Penn

Spencer-Penn Centre Executive Director Mary Jordan had just presented an update about the center to the Henry County Board of Supervisors on Tuesday night when she got a surprise: The board presented her with the 2009 Jack Dalton Community Service Award.

Jordan was the driving force in the transformation of Spencer-Penn from a closed elementary school to a vibrant community center, a county news release states.

“This is truly an honor. I can think of many, many people who deserve it more than I. Thank you all,” Jordan said as she accepted the plaque.

In an interview, Jordan said, “I’m completely humbled” and that she was being sincere when she said that others deserved it more than she does.

That’s not how supervisors Chairman Debra Buchanan sees it.

“We all are aware of the wonderful work being done at Spencer-Penn, but it spoke volumes to the board that two different citizens took the time to nominate Mary,” said Buchanan, who represents the Horsepasture District on the board. “She truly is making an impact in our community. I cannot think of a better recipient of this award than Mary Jordan, and it is an honor to be a part of it.”

The annual award goes to the Henry County resident who demonstrates the exemplary community service that marked Dalton’s years of public service, the release states. The county solicits nominations for the award, and the supervisors select the winner.

Dalton was a member of the Henry County Board of Supervisors for more than 24 years and was serving as the board chairman when he died on May 24, 2000.

Spencer-Penn School served the community from 1927 to 2004, the release states. Jordan taught there 32 of those years (29 years in kindergarten and three years in first grade), retiring in 2002, she said.

After the school closed, she was instrumental in the formation of the Spencer-Penn School Preservation Organization, which bought the property in 2004 and now owns and operates the Spencer-Penn Centre, Jordan said. She was president of the preservation organization from 2004 until earlier this year and has been executive director of the center since April 2009, she said, noting that Jim Purcell is now president of the preservation organization’s board.

Under the preservation organization, Spencer-Penn was registered as a Virginia Historic Landmark and placed on the National Register of Historic Places; grants were obtained; and Spencer-Penn was preserved and renovated, according to online reports.

Today, the center “houses a library and computer lab, hosts classes ranging from art to yoga, and provides space for banquets, conferences, receptions and concerts,” according to the center’s Web site.

Jordan also was recognized at the supervisors’ meeting for being the 2008 winner of the local Nonprofit Leaders Network’s Leader of the Year award presented by the United Way, and earlier this year the Mary Jordan Family Fun Zone addition to the center’s library was dedicated in her honor. The Fun Zone, in Jordan’s former kindergarten classroom, expanded the library with an area for families with younger children and focuses on learning through play beginning at birth.

“Kids love it; they love coming to the library,” Jordan said.

Jordan praised the dozens of volunteers at the center. “Spencer-Penn could not be where it is without the dedication of its volunteers,” she said.

Before Jordan was presented the Jack Dalton Community Service Award, she updated the board of supervisors on the center.

“We’re in the black,” she said, explaining later that has been the case for several years. She said donations have declined somewhat because of the economy, but revenues from special events and rentals have offset the decline.

She also reported that an old gasoline tank will be removed soon. The center “inherited” the 10,000-gallon drained underground tank from Henry County Schools, and the Virginia Department of Environmental Quality has told the center that it can either leave the tank in the ground and guarantee $20,000 if there is a future problem with the tank, or it can remove the tank, Jordan said. She said the tank will be removed Monday at an estimated cost of $5,000 to $7,000.

She reported the center has applied for a Virginia Tobacco Indemnification and Community Revitalization Commission grant, has received “two thumbs-up” and hopes to hear a final decision in January. The $100,000 grant would be used for such things as promoting the center’s community kitchen, buying additional equipment for the kitchen and helping put a new roof on the kitchen.

The center wants the community kitchen to be a base for any food-based business, such as a caterer, allowing, say, a new business to save money by renting equipment and facilities at the center rather than having to buy them.

Jordan also told the supervisors that the center has expanded its parking but was able only to put rock down and is continuing to try to raise money to asphalt and stripe the additional parking. She estimated that the center has added 65 to 75 or so rocked parking spaces at a cost of about $35,000, and she estimated that it will cost another $65,000 to asphalt and stripe the additional parking. 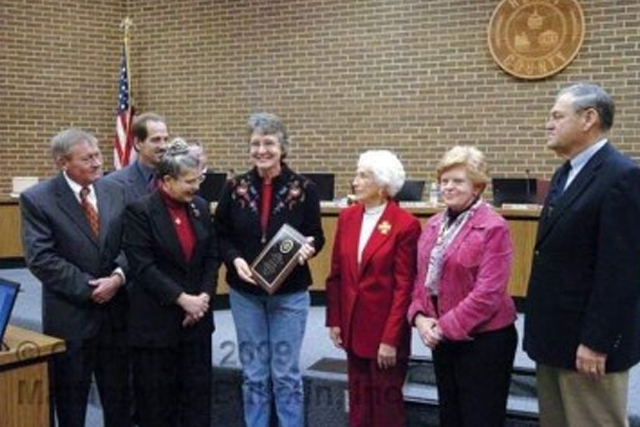